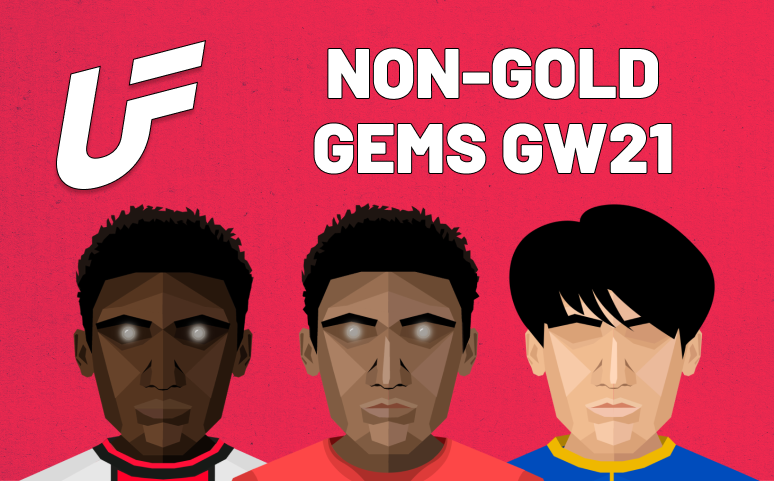 However, the UF Team are already preparing for Gameweek 21, with 10 fixtures scheduled across the coming weekend.

The UF Squad has sifted through the games, naming a handful of cards that could be worth siding with in the next contest.

Here are the Non-Gold Gems for Gameweek 21.

Southampton seem to have found their feet in the last week or so, and they could prove to be a bit more trustworth in UltimateFan going forward.

The Saints registered a huge shock in the EFL Cup, knocking out Manchester City before landing victory at Goodison Park on Saturday against Everton.

They now face an Aston Villa side that will prove to be tough, but they could well keep their first Premier League clean sheet in eight league games.

Most of Southampton’s backline look good options here, but we’re siding with Mohammed Salisu, who picks up a couple of tackle points here and there and is also an aerial threat for set-pieces.

The Ghanian international may only claim a handful of points, but he is worth taking a risk on this week.

Brighton have performed admirably as of late, and they could continue their strong run of form when they take on an inconsistent Leicester side this weekend.

Despite only being in the game since GW17, Kaoru Mitoma has drummed up 26 UF Points already after finding the net twice, registering five SOTs as well as two tackles.

The Japanese youngster has been playing on the left wing for the Seagulls, which gives him a better chance of finding the net compared to some of the cards in the midfielder catergory.

Leicester have lost all four of their Premier League fixtures since the restart and they could find it difficult to contain Mitoma here if he is at his best.

Mentioned in our Gameweek 20 Bargain Bin, Brennan Johnson is proving to be a solid pickup as of late.

The Welsh forward claimed an assist against Southampton back in Gameweek 19, before scoring a brace in the East Midlands derby against Leicester on Saturday.

Johnson has scored 39 points in UF since returning from the World Cup and he could well add to that tally when Forest makes the trip to the South Coast to take on Bournemouth.

The Cherries have lost their last four league games, and they have only managed to keep one clean sheet in their last 11 Premier League games.

That gives Johnson a golden opportunity of finding the net once again here and he looks a great option if you are struggling to fill the striker position in your line-up.

Not many UF players would want to touch the West Ham team card with a barge pole currently, but they may well be a good fit here.

The Hammers have been in poor form as of late, losing six of their last seven games. However, they take on an Everton team that have failed to pick up a win in their last seven and managed to record only one away win all season.

It looks a perfect opportunity for West Ham to ‘stop the rot’ and get themselves back on track with a home success here.