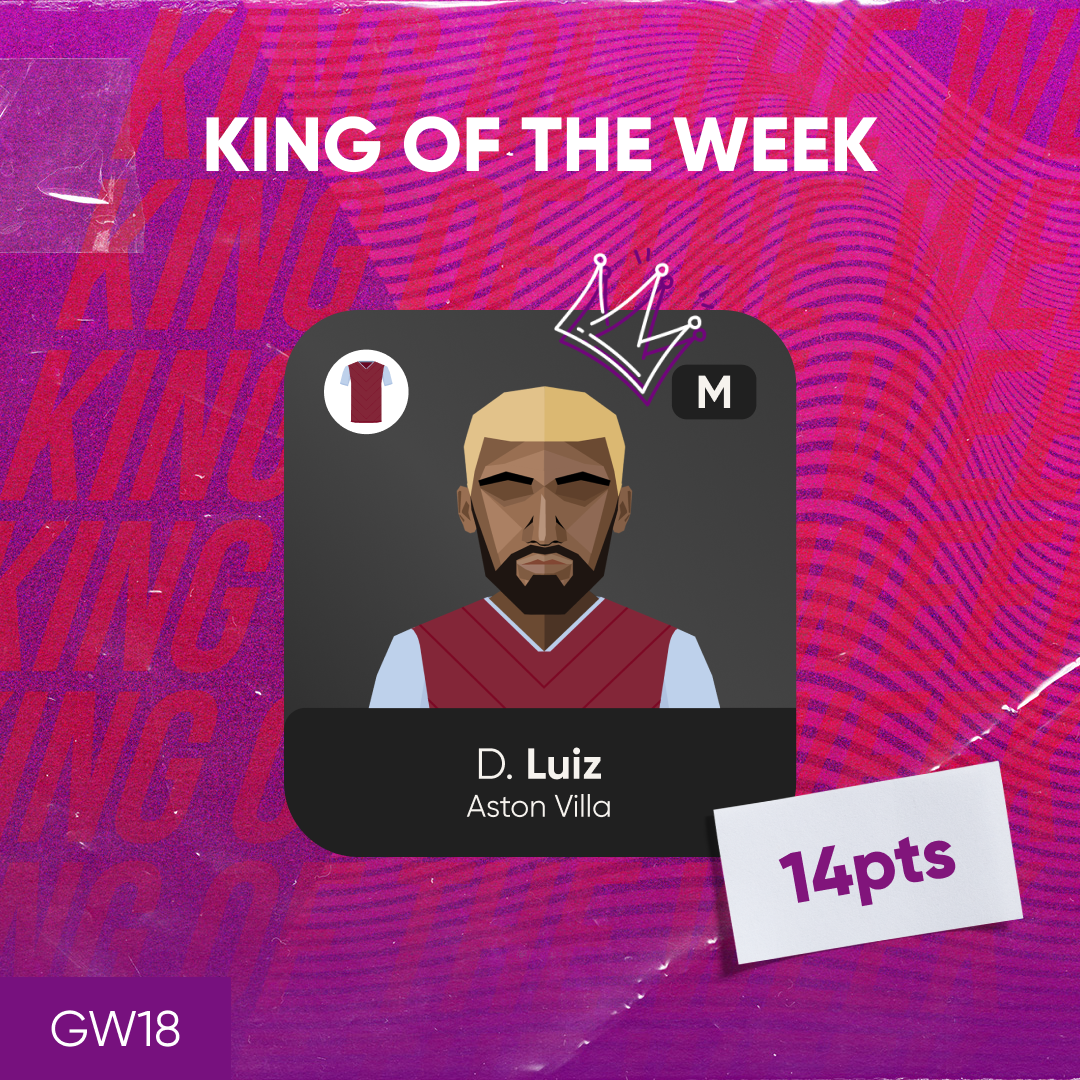 The Festive period may be over, but there is still plenty of Premier League action to come in the coming weeks.

With the current gameweek stretching over the next nine days, the UF Squad have decided to look back at the previous round of fixtures, naming the Team of the Week for Gameweek 18.

With Palace claiming a 2-0 win on the road against Bournemouth, the Eagles had plenty of solid options this week including England international Marc Guehi.

The former Chelsea centre-back claimed seven points, thanks to his two tackles, one shot on target and a clean sheet bonus.

After holding high-flying Newcastle to a goalless draw, Liam Cooper proved to be a great selection for the few that put their faith in him.

The Scottish centre-back landed a total of seven points on Tyneside, after registering four tackles and a clean sheet bonus.

The surprise King of the Week claimant, Douglas Luiz picked up a decent score for the three players that had him in their line-up.

The Aston Villa midfielder claimed 14 points against Tottenham, with his goal, three shots on target and a tackle making him the best performing player card in Gameweek 18.

At the other end of the popularity scale, UF fan favourite Martin Odegaard picked up yet another double-digit score this season.

The Arsenal midfielder scored and assisted against Brighton, claiming a total of 13 points.

Arguably one of the most in-form cards in UF currently, Ivan Toney found the net once again for Brentford.

The Bees striker played a part in both of Brentford’s goals against West Ham, picking up a total of 13 points.

Palhinha continues to prove his hidden gem status, as the Fulham recruit picked up another decent points haul for his users.

The Portuguese midfielder scored in his side’s 2-1 win over Southampton as well as registering four tackles on his way to a tally of 13 points.

Brentford continued to stun their oppponents, as they shocked West Ham with a 2-0 victory at the London Stadium on Friday evening.

Crystal Palace’s Eberechi Eze and Michael Olise both had busy afternoons as they picked up 12 and 11 points respectively, Gabriel Martinelli claimed 11 points after finding the net against Brighton and Pascal Struijk picked up seven points for Leeds.