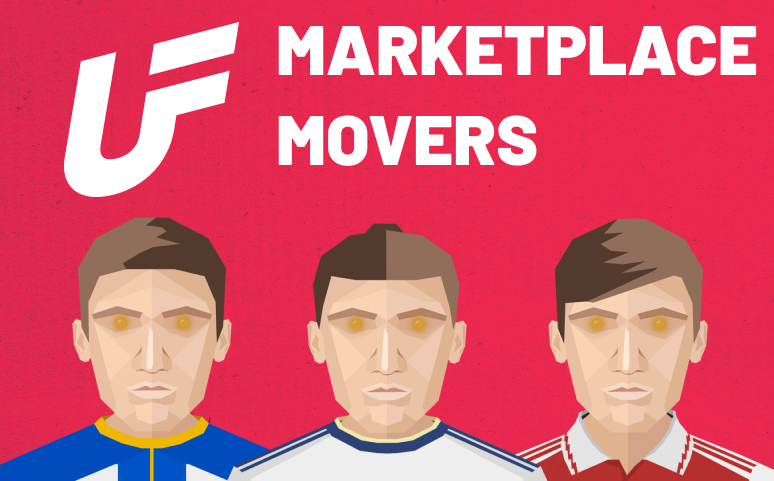 Gameweek 20 is fast approaching, with only 48 hours to go until the next UltimateFan contest begins.

In preparation to this week’s Premier League action, the UF Team has looked through the UF Marketplace, naming their best investments ahead of Gameweek 20.

Here are their Marketplace Movers picks for GW20.

After a solid start to the season, Jack Harrison slumped out of form for a while, but he seems to have found his feet once again.

The Leeds ace registered an assist in Gameweek 19 and with the fixtures Leeds have in the next few weeks, Harrison could well build on that form.

The Yorkshire side face Villa, Brentford, Nottingham Forest, Manchester United, Everton and Southampton in the next set of gameweeks so there could be a chance here for Harrison to recapture his early season form.

The base rate of 40 UF Coins is worth taking here, as Harrison could well hit some form looking at Leeds’ schedule.

After missing most of the season due to injury, Emile Smith Rowe made his return to action on Monday night as he came off the bench for the Gunners in their FA Cup win over Oxford.

The England international is very clearly a talent and only his time away from the pitch can explain why he is selling as cheap as he is.

You would expect ESR to push his way back into the starting line-up and he could well be a player to watch out for Gameweek 23 onwards as they face a double gameweek before taking on Aston Villa, Leicester, Bournemouth, Fulham, Crystal Palace and Leeds.

50 UF Coins is an absolute steal at this stage and you would expect him to a find the net at least on a few occasions this season.

After enduring a quiet spell in terms of his form, Leandro Trossard’s price has slowly declined on the UF Marketplace.

The Belgian winger has not scored in his last four games, but he has a great opportunity to get back into form after Gameweek 20.

Brighton face a tough challenger in Liverpool this weekend, but their next nine games after this look appealing – with Leicester, Bournemouth, Crystal Palace, Fulham, Newcastle, West Ham, Leeds, Manchester United and Brenford next up on their schedule.

Seven of those nine fixtures look a great chance for Trossard to find some scoring form, and his 120 UF Coin price tag looks worth taking a chance on here.