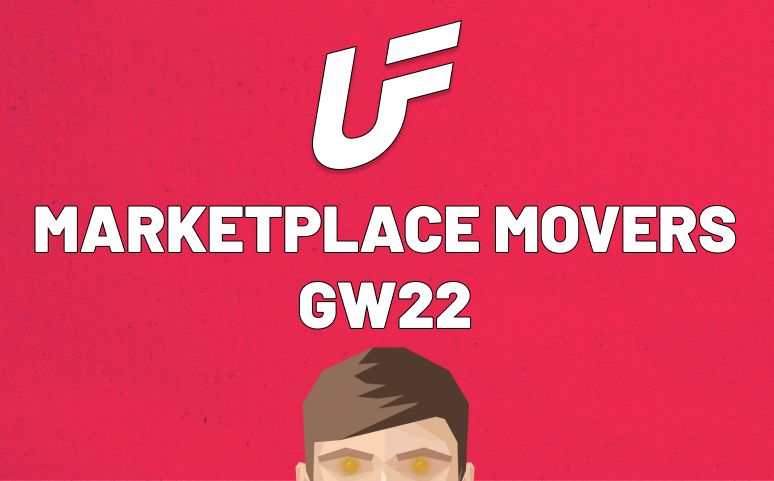 With over a week until the Premier League returns, the UF squad have made an early start to Gameweek 21’s preparations.

The UF Team has sifted through the UF Marketplace, naming a couple of card investments that could be worth looking into this week.

Here are the first batch of Marketplace Movers picks for Gameweek 21.

We’re not normally ones to post up a TEAM card in this feature, however we feel this investment could not go unmissed looking ahead to the next few weeks and even months.

Firstly, the Champions League contests are just around the corner, which makes Spurs’ TEAM card quite valuable for the foreseeable future.

14 TEAM cards are available for the last 16 gameweeks, but most of them are not freely available unlike the Spurs TEAM card. They face Milan over two legs, which isn’t the toughest game among the bunch.

Secondly, their Premier League schedule from GW24 up to GW31 is far from awful. They take on West Ham, Chelsea, Wolves, Nottingham Forest, Southampton, Everton and Brighton in that time frame.

They should be able to pick up some results in that run of games, and their price will surely go up in the coming weeks.

After netting a brace against Everton on the weekend, this looks a great time to pick Jarrod Bowen while he Is still considerably cheap.

The former Hull winger has been out of form for some time, but he seems to have got himself back on his feet and with some of the fixtures West Ham have in the coming weeks, he could be worth taking a chance on.

The Hammers take on Nottingham Forest, Brighton, Aston Villa, Southampton and Fulham in five of their next eight gameweeks, so he could see his price rise if he starts picking up the points.

100 UF Coins looks considerately cheap and when the likes of James Ward-Prowse has already gone up to 400 UF Coins after a steady run of form, Bowen could well head in the same direction here.