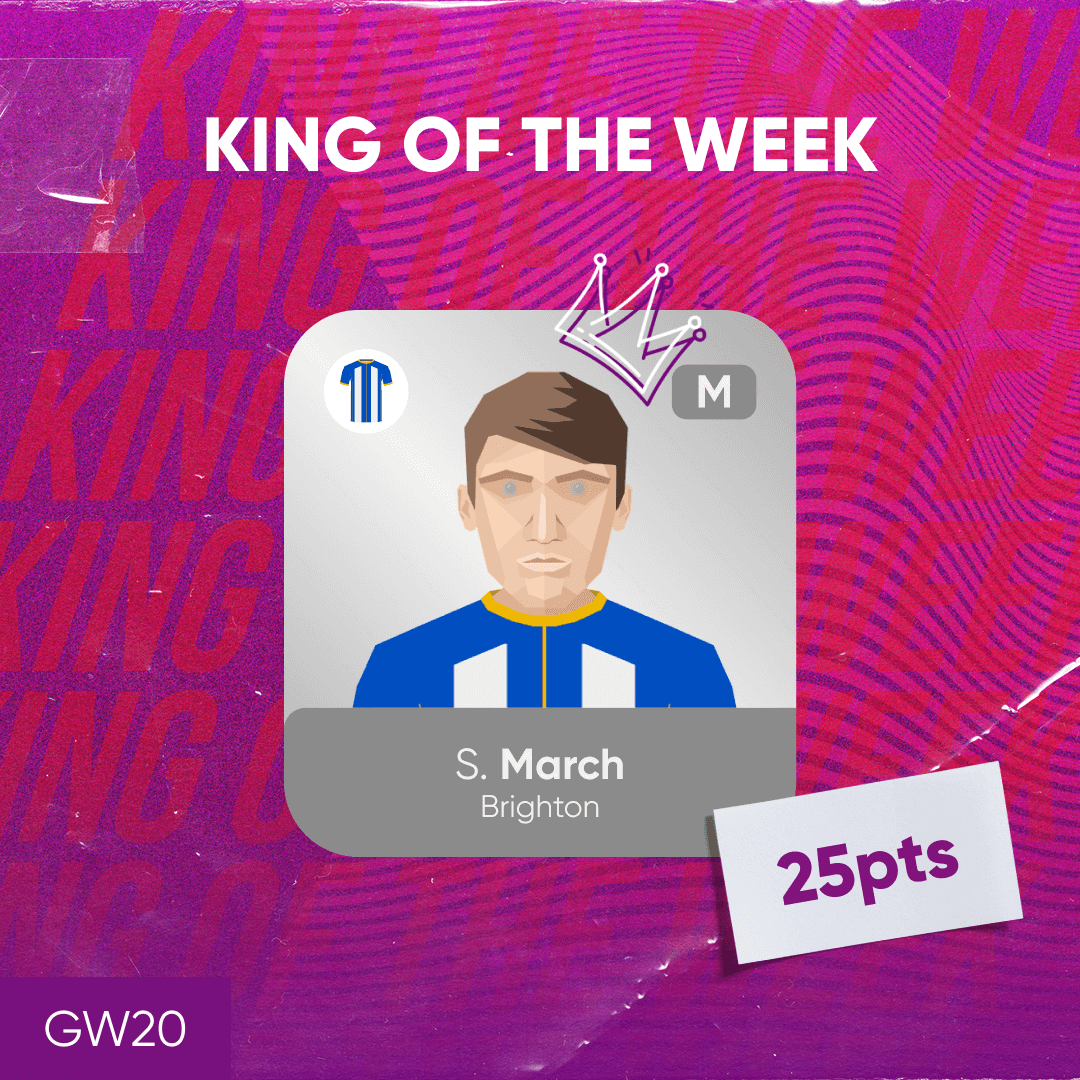 After the conclusion of Gameweek 20, we have yet another quick turnover before the next contest, with just over 24 hours to go before Gameweek 21 gets underway.

The UF Team have searched through the scores, putting together the Team of the Week for the previous contest.

Here is the best performing line-up for Gameweek 20.

The only defender card to find the net in Gameweek 21, Emerson Royal scored Spurs’ second in their midweek clash against Manchester City.

Despite being benched for the first of Tottenham’s games in their double gameweek, the Brazilian full-back was still able to claim 11 points in their second fixture of the week on Thursday night.

Four defenders finished on six points in GW20, but we have given Joel Veltman the nod in this week’s team due to Brighton’s emphatic 3-0 win over Liverpool.

Veltman saw half of his points total come from a clean sheet bonus, while registering three tackles in the process.

One of the ‘fast starters’ in 2023, Solly March has produced two sublime gameweek scores in the last two contests.

After picking up 13 points against Everton in GW19, the Brighton midfielder almost doubled his score against Liverpool on Saturday, after claiming a whopping 25 points on the day.

March played a part in all three of his side’s goals, while claiming three shots on target and a tackle to make up his bumper score and claim the King of the Week title.

The first player on the list to benefit from a double gameweek, Bruno Fernandes proved to be a solid option for plenty of UF players this week.

After only picking up a single point in the Manchester derby, Riyad Mahrez put in a solid effort in Manchester City’s comeback success against Tottenham on Thursday night.

The Algerian winger scored twice and assisted once in his side’s 4-2 success at the Ethiad, bumping his GW20 score up to 23 points in total.

This week’s flex spot is taken up by a midfielder card once again, with the in-form James Ward-Prowse continuing to thrive under new manager Nathan Jones.

The Saints star scored both of his side’s goals in a crucial 2-1 win over Everton, as he claimed a huge total of 22 points in their victory at Goodison Park.

Despite only playing the one game in GW20, Aresenal’s TEAM card proved to be the most effective after a solid performance in the North London Derby.