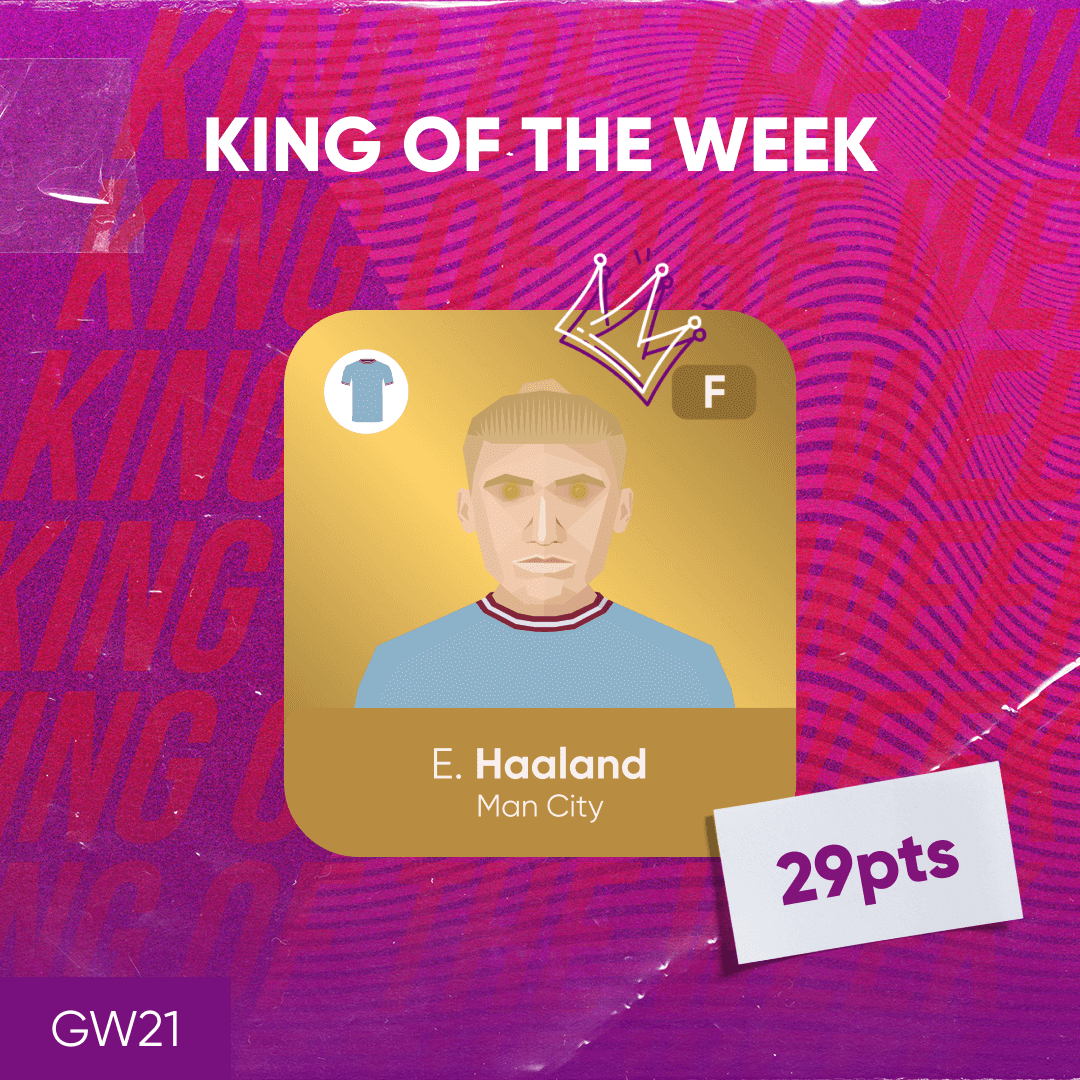 The Premier League is heading into a brief hiatus, as it makes way for the fourth round of the FA Cup this weekend.

It gives fantasy players a chance to recuperate and evaluate their teams for an extra week, with the English top-flight not returning until February.

To kick off this week’s UltimateFan features, the UF Team has looked back at the previous gameweek, naming the best line-up from the last weekend’s action.

Here is the Gameweek 21 UF Team of the Week.

‘The Butcher’ may have seen his side ship three goals against Arsenal, but he took matters into his own hands up top for the Red Devils.

Martinez scored United’s second goal at the Emirates on Sunday, as he claimed 10 points on the day.

Another defender card that was involved in the goals, Pervis Estiupinan chipped in with two assists in Brighton’s draw against Leicester.

The Ecuadorian international picked up nine points in total, thanks to his brace of assists and sole tackle.

Arsenal’s young star is beginning to make his way up the UltimateFan scoring chart, as Saka once again found the net for the Gunners this weekend.

The 21-year-old scored Arsenal’s second goal in their 3-2 win over Manchester United, as well as registering another shot on target to pick up 11 points.

Mentioned in this week’s Non-Gold Gems column, Kaoru Mitoma proved himself as a reliable selection after scoring his fourth Premier League goal of the season on Saturday.

The Japanese talent bagged the opening goal for the Seagulls, adding a tackle point in the process to claim a total of 10 points.

After a couple of failed attempts, UltimateFan’s ‘cheat code’ is officially back working.

Haaland scored his fourth Premier League hat-trick of the season in Man City’s 3-0 win over Wolves, landing 29 points in the process and reclaiming the King of the Week title.

After scoring a late winner against Man Utd, Eddie Nketiah has jumped up on plenty of UF players’ radars.

The Arsenal forward has filled the gap that the injured Gabriel Jesus has left, and he claimed a tasty total of 22 points thanks to his two goals, three shots on target and a tackle.

A solid performance on the road from Aston Villa this weekend against Southampton helped a fair amount of UF players boost up their total score this week.